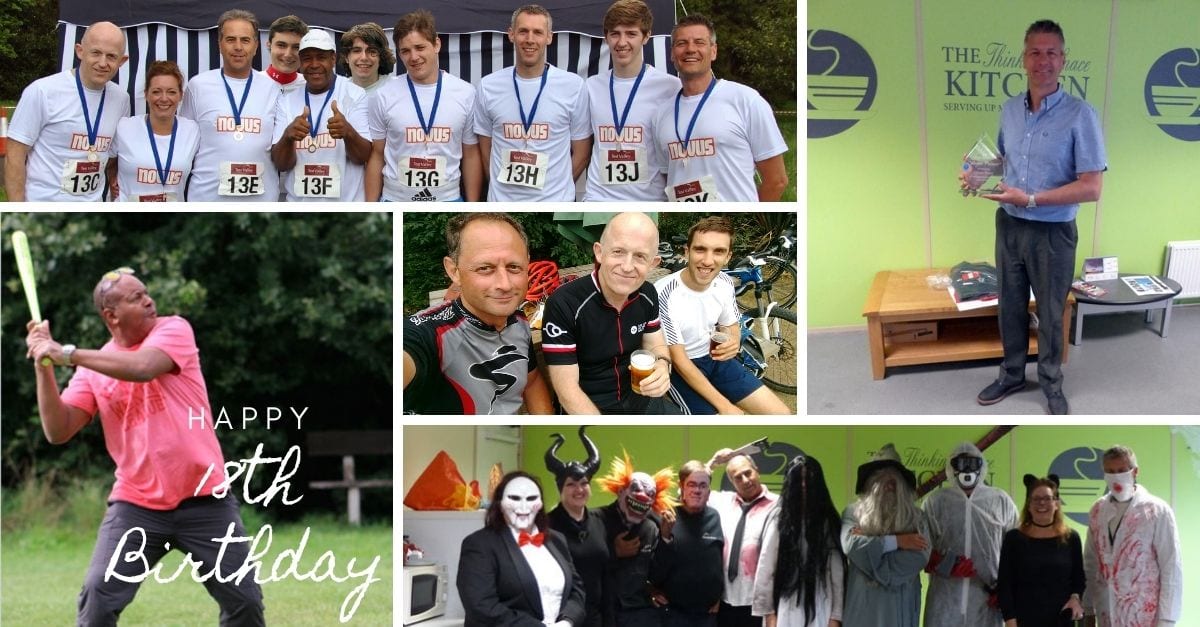 Engineer Wayne Palmer, using his previous experience as the Sales Manager for Alusett, took a few pieces of aluminium and constructed his first ever control room console in his parent’s dining room, using the dining room table as the workspace.

And so, Thinking Space was born!

Wayne quickly outgrew the dining room, (thankfully, according to his parents) and in 2004 he moved into some local outbuildings, affectionately known as 'the barns'.

Followed quickly by the appointment of his first and still current employees, Pete Collins and Paul Atkins.

After two further premises moves and 18 years later, Thinking Space now occupies unit 10b the Quadrangle, which is coming up for our 10th year in the building!

We’re now a strong team of 34, not including our local sites in Australia, USA and Canada.

We’ve had no fewer than 12 employees celebrate their 10 year anniversary with Thinking Space, with another 3 to celebrate this year.

So, like all good birthdays, what did the year 2003 look like whilst Wayne was busy building Thinking Space?

But what were the rest of our current staff doing in 2003?

Well, we had staff in all locations, from living in California, Poland and South Africa, to DJ’ing in Las Vegas!

We had some watching Spongebob or Looney Tunes, whilst others were fixing motorbikes or changing nappies.

And there were a few of us who were working, some even then working with aluminium profiles!

Now we are 18, we can have a toast to celebrate – Happy Birthday Thinking Space - cheers!