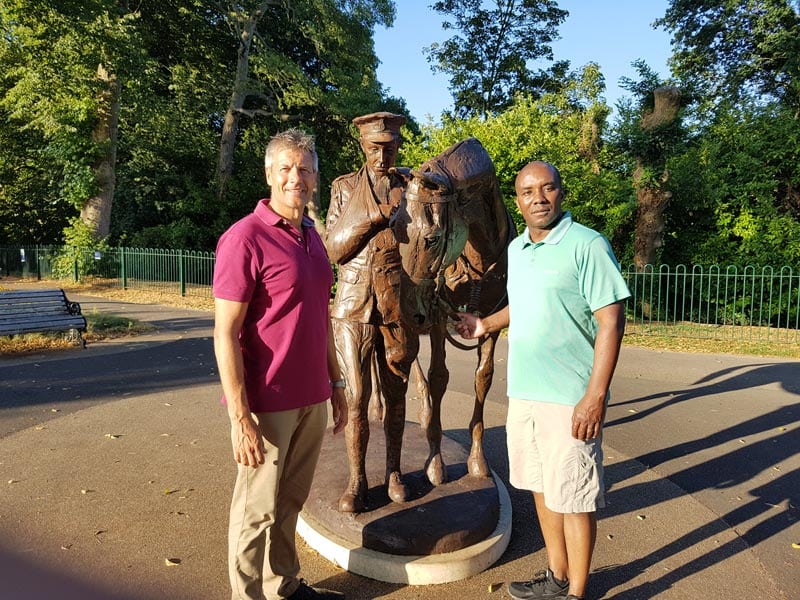 Last week, our partner from the USA, Kevin Johnson visited Thinking Space HQ. The resulting visit was a "sights, statues and skills week".

With an action-packed week planned, there was no time for Kevin to be jetlagged as he got stuck in to the agenda, learning the latest processes from the Thinking Space team. He even accompanied Neil on several site visits. Not only did he get the opportunity to be part of initial consultations with two clients, he also visited the Thinking Space control room at Birmingham Airport, which was an excellent learning experience for Kevin. Thank you to our hosts who looked after us there.

There was also a little time for some R&R during the evenings with Kevin. A tour of Romsey town by Wayne and Alastair found Kevin learning about the WW1 War Horse memorial in the towns’ memorial park. Unveiled by the Princess Royal in 2015, the statue commemorates thousands of horses shipped into battle from Hampshire during World War One, serving our Armed Forces by transporting them and their equipment into battle. Only about one in 10 horses survived.

As well as historical interludes, culinary experiences were also on the cards, with a barbecue hosted by Wayne. Finally, Kevin rounded off his visit with a trip to the big smoke, London, to take in the sights. Unfortunately the weather was not kind to Kevin, but at least there were no crowds!!